We are pleased to announce Andrew Burton as CyArk's next Photographer in Residence.  Andrew Burton is a Pulitzer Prize finalist, documentary photographer and filmmaker with a focus in news, conflict and environmental issues. He is a former fellow at the University of California, Berkeley's Investigative Reporting Program.

He has a degree in journalism with a focus in photography from Syracuse University’s S.I. Newhouse School of Public Communications. Burton has worked both as a staff photojournalist for Getty Images as well as a freelance photographer covering news locally, nationally and internationally. His work has been published in major publications around the globe including The New York Times, The Wall Street Journal, National Geographic, The New Yorker, TIME and The Guardian. He has been a Carnegie-Knight News21 fellow and was a student at Eddie Adams XXII. Burton has received first aid training for combat and wilderness wounds through Reporters Instructed in Saving Colleagues (RISC), Global Journalist Security and Columbia’s Graduate School of Journalism. Burton's work has been honored by: Pulitzer Prize (Finalist, 2016) Photographer of the Year International American Photography 32 PDN Photo Annual Sony World Photo Awards Museum of New York (permanent collection, 2012) The Hearst Foundation Society of Professional Journalists Lumix Photo Festival China International Press Photo Contest New York Press Photographer's Association College Photographer of the Year Oregon Newspaper Publisher’s Association

Andrew will be joining the team in the field over the coming months to document CyArk's work and share the stories of the sites we are recording.  Visit his website to see a selection of Andrew's previous work. 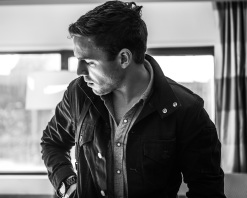