CyArk Celebrates the Launch of Project 25

by Elizabeth Lee
With the launch of Rapa Nui this afternoon, CyArk celebrates the 25th project to be digitally preserved and made publicly available via the web. We thought this silver anniversary of sorts called for a bit of celebration and perhaps a history lesson.

As we pass this important milestone, we thought it would be fun to take a brief look back on the history of CyArk and our projects. CyArk began in 2003 as a pilot project of the Kacyra Family Foundation. It was started to test the concept of archiving new high definition survey information of endangered world heritage sites. The very first project to be documented was the famous archaeological site of Pompeii, Italy. Captured in March 2003, the project did not make its debut on the web until January 2006. This coincided with the launch of the first project based website, showcasing Pompeii, Ancient Thebes, Angkor, and Deadwood as the first projects. Six more projects were launched in 2006, creating a strong foundation for the pilot project. These early projects were essential for overcoming the challenges of applying digital capture technologies to heritage and making the 3D clouds of points viewable on the web.

2007 and 2008 focused heavily on further refinement in the digital preservation process and workflows. 5 new projects were added to the website in 2007 and 3 additional projects in 2008. In addition to the improvements on the CyArk workflow, several new technical improvements were made to the website and related technologies. Perhaps the most significant was the development of CyArk's SiteManager software. This web-based software made it possible for Saint Sebald Church to be contributed to the archive remotely. To date, this software has been instrumental in the launch of 5 of the 25 projects available online.

2008 also saw the completion of the CyArk pilot project. The success of the early projects and the refinement of the digital preservation process proved that CyArk was ready to be spun off as its own organization. Entering into a more production oriented phase, CyArk has launched 7 projects already this year.

While we feel we have a long way to go in the digital preservation of all the worlds cultural heritage, we are proud of what we have accomplished thus far. A very special thanks to all our partners, supporters, and project collaborators, we could not have done this without you.

In commemoration of the event we have created a special Rapa Nui pin. We will be giving away 10 pins through our CyArk Twitter page. If you aren't already following us, this may be the perfect incentive to follow CyArk on a more day-to-day basis. The first 10 people to comment on this post and retweet the following message will receive a commemorative pin: @CyArk Congrats on project #25! First 10 to RT and comment on blog get celebratory Easter Island Button! http://su.pr/18vD9a

Here is to many more projects to come! 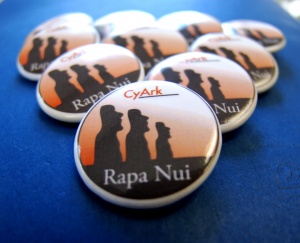 Commemorative Pins for Project 25. See below for how to get yours. 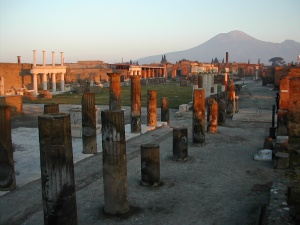 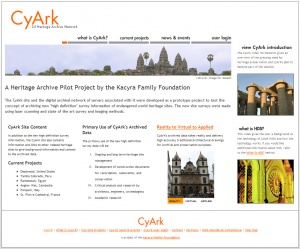