SuperScan: Digitizing the World will bring 3D data from heritage sites to museums around the world

by Justin Barton
February 4, 2013 — Science Visualization, a Maryland-based company that brings science to the public through media and exhibitions, today announced its partnership with CyArk, the world leader in digitally preserving world heritage sites.

The first product of this collaboration will be SuperScan: Digitizing the World, Science Visualization’s interactive exhibition featuring CyArk scans of world heritage monuments, along with other sites. A traveling exhibition, SuperScan will present the exciting world of laser scanning, photogrammetry, and 3D printing to visitors at science and technology centers around the world. It will open in 2014.

CyArk is an Oakland, California-based non-profit organization founded in 2003 by Ben Kacyra. Partnering with like-minded organizations, CyArk has laser-scanned important world heritage structures around the world. The result is an “ark” of high-resolution 3D data that documents the current state of culturally important monuments and sites, and digitally preserves that information for the future.

SuperScan: Digitizing the World will also present the results of laser scanning on Mars and Mount Everest. Visitors to the interactive exhibit will be able to make 3D self-portraits and replicate their image as a 3D plastic model to take home.

Science Visualization’s other exhibitions include Lyuba: Baby Mammoth of the Ice Age, Heavenly Jade of the Maya, and Dinosaurs Take Wing. Sloan and Elson announced SuperScan: Digitizing the World at the October annual meeting of the American Alliance of Museums.

Ben Kacyra, founding director of CyArk, is enthusiastic about expanding public awareness of CyArk’s mission through high-profile, science-based exhibitions. According to Kacyra, “Our heritage is much more than our collective memory; it is our collective treasure. We owe it to our children, our grandchildren and the generations we will never meet to keep it safe and pass it along.”

Tom Greaves, executive director of CyArk and a respected leader in the 3D imaging industry, sees SuperScan as a great way to connect the 3D imaging industry with science and technology centers, bringing educational digital content to the public. “3D technologies have a very bright future – we’re delighted to help reach new audiences with our rich heritage content,” said Greaves. “I expect this exhibition will spark some entrepreneurial tinder too.”

Christopher Sloan, president of Science Visualization, expects SuperScan to be a big hit with museum visitors. “These technologies are having a profound impact on our lives. They’re being used in everything from space exploration to gaming,” said Sloan. “We see our alliance with CyArk as key to getting the word out on how these technologies are being used to preserve and protect endangered cultural heritage.”

Dr. Christina Elson, co-founder and Science Director of Science Visualization, is an archaeologist who has seen the impact that 3D imaging technologies have had in her field. “Surveying and mapping have always been important components of archaeology. CyArk’s role in preparing high-resolution 3D scans of endangered sites for preservation brings the integration of archaeology and technology to a whole new level and purpose,” said Elson.

Many of CyArk’s projects are made possible through collaborations with other organizations working to preserve cultural heritage. Many sites have been scanned by Historic Scotland, a group that has been active in digitally documenting not only Scottish monuments, but important heritage sites around the world. Historic Scotland also worked with the National Park Service and CyArk to scan Mount Rushmore.

CyArk is currently involved in scanning projects such as Qing dynasty tombs in China and historic California missions along El Camino Real in California. 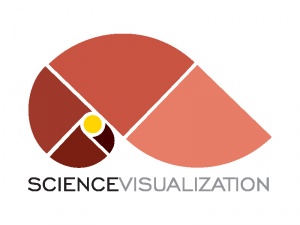