by Jaime Pursuit
CyArk is extremely honored to announce that we've received the second prize in EMC's Heritage Trust Project Contest. We'd like to thank all the CyArk supporters who made this win possible by voting for us on the contest's Facebook page in April. Thanks to your votes, CyArk has received $5,000 to help digitally preserve San Francisco's Mission Dolores, known as California's oldest standing structure.

The contest was part of EMC's Information Heritage Initiative program. Founded in 2007, the program "recognizes organizations and individuals that protect and preserve cultural information from around the world through digitization, allowing readily accessible online research and education. Using the same criteria for excellence that guide the initiative, the EMC Heritage Trust Project was created to recognize and support people and projects that practice and inspire the digital stewardship of the world's information heritage. The EMC Heritage Trust Project grant recipients were selected based on the following criteria: potential size of the audience that would benefit from access to the information they are seeking to protect; the at-risk status of the information and why it is urgent to digitize; and how beneficial the EMC grant would be to the overall success of the project."

Mission Dolores is not only California's oldest structure, but it also lies adjacent to the San Andreas Fault, making it a fragile yet invaluable resource. EMC's Heritage Trust Project prize will allow CyArk to take the first steps in digitally preserving this important structure in California and U.S. history and sharing the data through our free-access digital archive. The digital preservation of Mission Dolores is part of CyArk's larger initiative to digitally preserve California's El Camino Real and all the missions and pueblos along its path. 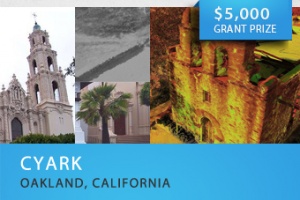