by Elizabeth Lee
In only its second year, the Digital Documentation conference, coordinated by the Digital Design Studio at the Glasgow School of Art and in association with Historic Scotland, Leica Geosystems, Hexagon Metrology, Glasgow City Council and CyArk, more than doubled in size and played host to delegates and speakers from around the world.

The conference was held at the Old Fruitmarket in Glasgow, Scotland April 22-23, 2009. Over the course of the two-day conference, the venue played host to 14 speakers and over 200 international delegates. The conference was a great success, bringing together many key individuals in the heritage field. The event was officially opened by Scotland's Minister for Culture, External Affairs, and the Constitution, Michael Russell. On the second day of the conference Gustavo Araoz, president of ICOMOS, gave a very pertinent keynote address on "Guiding Digital Documentation Towards the Path of Success."

Conference speakers included National Park Superintendents, University Professors, and foundation representatives. Conference attendees were treated to a wide variety of presentations ranging from discussions on scanning and modeling Scottish historic sites, to digitally capturing all of Istanbul, to training Iraqi scholars on digitizing archaeological records. After such a successful second year, it is hoped that this conference will become an annual event, continuing to attract the best in the world in the field of digital heritage documentation. 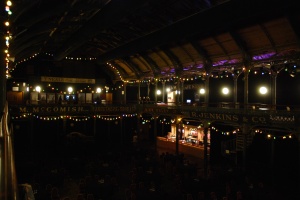 The Old Fruitmarket Hosted the Conference 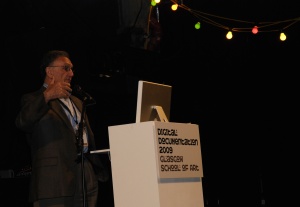 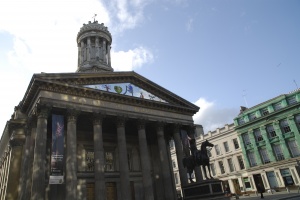 Part of the Historic Center of Glasgow