by Elizabeth Lee
Last week field work began on our much anticipated San Antonio Missions project. This project, announced last December, involves the digital documentation of 4 of the Missions of San Antonio as well as the oldest continually used aqueduct in North America.

CyArk and scanning partners Critigen began the field collection last week. The project work has continued through this week, and has begun to yield some pretty impressive images. Scanning began at Mission San Juan Wednesday morning. By Thursday morning the scans at San Juan were almost complete except for one final scan from the roof. In order to access the roof safely, Critigen's Brad Oswald was loaded into a cherry picker along with the scanner and tripod. The tripod was carefully positioned on the corner of the roof and the scanner completed the capture of the back of the bell tower without anyone ever having to set foot on the roof.

Work will wrap up this Friday with scanning at Mission San Jose. A press event will be held Friday morning at 9:00am to showcase the initial scanning results and provide attendees with an opportunity to see the scanning first hand. Please see below and the attached media advisory for more information.

WHAT: Announcement of Internationally Significant Documentation Project and Live Demonstration.

OTHER: Handouts and active demonstration of 3D LASER Scanning procedure will be available to the press 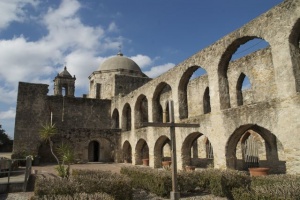 Mission San Jose, where the press conference will be held January 29 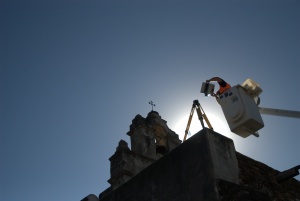 Placing the scanner on the roof at Mission San Juan 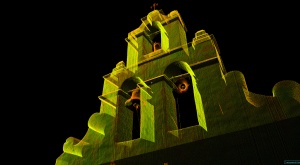