by Devon Haynes
The Blue Wing Inn adobe is so wrapped up in Sonoma history, that over the centuries it has attained almost mythical status. Next week, using 3D laser scanners and cutting-edge technologies, students from the Sonoma Valley High School Engineering, Design, and Technology Pathways program will document the Blue Wing Inn so a record exists of this historic place for generations to come. This will be the Engineering, Design, and Technology Pathways students’ first experience with 3D laser scanning, but they will be in excellent hands with instructor Mr. Justin Barton who hails from CyArk—an Oakland, CA-based non-profit with a mission to digitally preserve the world’s heritage sites.

Sonoma Valley High students first engaged with CyArk through a Q&A session in August 2013 when the non-profit partnered with California State Parks, local Sonoma firm 3D Virtual Design Technology, and Petaluma firm Pacific HDS to 3D laser scan the Sonoma Mission. The upcoming project at the Blue Wing Inn adobe brings that relationship full-circle with the students taking on the 3D laser scanning of the structure. Students will spend two days in the field with Mr. Barton and two subsequent days learning to process the data they capture. Through this community engagement project, students will learn best practices for data collection for heritage preservation, and will gain valuable hands-on experience with state-of-the-art survey technology.

Built around 1837 following the secularization of Mission San Francisco Solano, the single story adobe was originally a home for the ex-majordomo of the mission. It subsequently became a saloon and billiard parlor, and then the first hostel in Sonoma. Known as the Sonoma House, it is believed that this structure was the first hotel north of San Francisco. In 1849 a second story was built on the hotel and shortly thereafter it became known as the Blue Wing Inn. A favorite destination for gold miners, the hotel was visited by the likes of John C. Fremont, General Ulysses S. Grant, Kit Carson, Pio Pico, and William Tecumseh Sherman whose names can still be seen in the guest register. The Blue Wing Inn was subsequently transformed into a saloon, grocery store, and wine storehouse, and it changed hands several times until it was purchased by the California State Parks in 1968. Today the site is recognized as California Historical Landmark #17.

The data captured on-site by Sonoma Valley High students will be provided to California State Parks, the Blue Wing Adobe Trust, and the Sonoma League for Historic Preservation for use in future conservation and education efforts as well as fundraising efforts to benefit the site. CyArk will also securely deposit the data in its public online 3D archive as part of its Digital Preservation of El Camino Real project, and the Blue Wing Inn will be a great supplement to the data collected at the Sonoma Mission last year.

Special thanks to Three Sticks Winery of Sonoma and Shari Kamimori of 3D Virtual Design Technology for their partnership and support of this project to digitally preserve an iconic piece of Sonoma’s history.

About CyArk: CyArk is a non-profit organization with offices in Oakland, California and Edinburgh, Scotland that is dedicated to protecting the world’s heritage by using cutting-edge technologies to digitally document and securely archive heritage sites around the world. We leverage the digital data captured at each site to enhance conservation efforts, support innovative, curriculum-based learning, and to generate project portals on our website (www.cyark.org) that provide free public access to the world's incredible heritage. 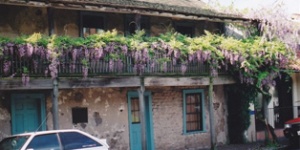 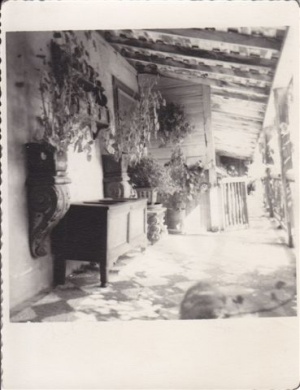 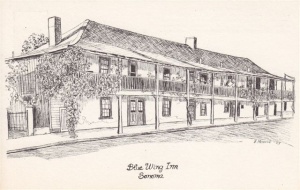