by Elizabeth Lee
The Scottish-designed-and-built Nagasaki Giant Cantilever Crane in Japan will be the final international site for the ground-breaking Scottish Ten laser scanning and digital documentation project.

The iconic crane, which was built in 1909, is still regularly used today by the Mitsubishi group, and is a major landmark within Nagasaki Harbour. It joins four other international heritage sites and Scotland’s five UNESCO World Heritage Sites to be scanned by the innovative five-year project.

Announcing the final site during the Edinburgh International Culture Summit at the Scottish Parliament, Fiona Hyslop, Cabinet Secretary for Culture and External Affairs, said the project would contribute to strengthening the social, cultural, historic and economic links that exist between Scotland and Japan.

The crane was ordered on the advice of Fraserburgh-born Thomas Blake Glover, who is regarded as a key figure in the industrialisation of Japan in the late 19th and early 20th Centuries. It was designed by the Glasgow Electric Crane and Hoist Company – which was operating under the name of Appleby. It was constructed by the Motherwell Bridge Company and sits in the heart of Nagasaki Harbour - the birthplace of Mitsubishi Heavy Industries. Giant Cantilever Cranes were state-of-the-art structures designed to lift, with the utmost accuracy, the heaviest and most valuable components into the hulls of ships under construction, being re-fitted or undergoing repair.

Now the crane, which is only one of 11 of its kind known to survive, including the ‘Titan’ Crane in Clydebank, is to be laser scanned by the Scottish Ten using some of the latest digital recording equipment. A team from Scotland will visit Nagasaki later this year to record every part of the structure, to an accuracy of 6 millimetres. The information gathered by the team will be used to aid the conservation and management of the structure as well as acting as a valuable education and interpretation resource for the crane’s owners. The data will also be used to enable ‘virtual access’ to the crane, making up for the fact that public access is not possible because of its live function as an operating structure.

The crane was considered to be of sufficient international importance to be included in the ‘Sites of Japan’s Meiji Industrial Revolution’ World Heritage nomination, submitted by Japan in January 2014, for consideration by UNESCO’s World Heritage Committee in 2015.

Announcing the fifth and final international site during the Edinburgh International Culture Summit, Cabinet Secretary for Culture and External Affairs, Fiona Hyslop, said: “Scotland and Japan have longstanding cultural links, particularly in Nagasaki, thanks to our own Thomas Blake Glover (the ‘Scottish Samurai’) whose innovation and foresight is still celebrated today. This crane is a fitting symbol of Scotland’s engineering prowess and of her influence across the world.

“More than 100 years on from its construction by Scottish designers and engineers, we are sending a team of modern-day experts to digitally record and document this impressive structure. The information they generate will not only assist current and future generations in the care and conservation of the crane, but will also help promote a wider appreciation, both of its design and operation, and of the exemplary maintenance regime that has ensured it continues to work every day.

Ms Hyslop added: “The Scottish Ten is a ground-breaking project, which allows Scotland to combine its expertise and creativity in the field of heritage and digital documentation to reach out to the rest of world. I am immensely proud that Scotland will be contributing to the conservation and understanding of this fine example of marine engineering, whilst also ensuring the social, cultural and heritage ties between our two nations continue to flourish.”

“The Scottish Ten is an excellent example of the gains that can be made through cultural cooperation across the world, and I’m delighted to announce this final site during the Edinburgh International Culture Summit, an event which sees Culture Ministers, artists and cultural experts from around the world converge on Edinburgh to explore the role culture can play building bridges between our nations.”

Japan’s Vice Minister for Arts, Culture, Sports Science and Technology, Ms Michiko Ueno said: “I would like to convey the sincere thanks to the Scottish Government for including a component part of our World Heritage nomination in the Scottish Ten digital documentation project. It is our great pleasure to promote the crane which has close ties to Scotland with your cooperation.” The Japanese Government’s Cabinet Secretariat, which has led this World Heritage nomination, also expressed its great appreciation for the inclusion of the Nagasaki crane in the Scottish Ten project.

The Scottish Ten is part of the CyArk 500 Challenge, to digitally preserve 500 cultural heritage sites. Data from the Scottish Ten project is archived alongside other notable heritage sites such as Pompeii, Chichen Itza and ancient Babylon and the data is made available freely to the public via the CyArk website (www.cyark.org)

For Scottish Ten news follow @scottishten and for GSA media alerts, follow @gsofa
Historic Scotland is an executive agency of the Scottish Government charged with safeguarding the nation’s historic environment. The agency is fully accountable to Scottish Ministers and through them to the Scottish Parliament. For more information visit www.historic-scotland.gov.uk.

The Glasgow School of Art (GSA) is internationally recognised as one of Europe's foremost higher education institutions for creative education and research in fine art, design and architecture. The Digital Design Studio (DDS) is a world leading research and postgraduate centre of the GSA specialising in 3D digital visualisation and interaction technologies,. It combines academic, research and commercial activities. The experts at the Digital Design Studio are currently creating the 3D scans for the widely admired Scottish Ten as a partner in the CDDV. Other areas of DDS research include ground-breaking medical visualization, Marine Visualization and Auralisation and sound. www.gsa.ac.uk/research/research-centres/digital-design-studio/.


CyArk is a non-profit entity whose mission is to digitally preserve cultural heritage sites through collecting, archiving and providing open access to data created by laser scanning, digital modelling, and other state-of-the-art technologies. The CyArk 500 Challenge seeks to digitally record and archive 500 cultural heritage sites over 5 years. For more information visit www.cyark.org.

Scotland welcomes the world in the Year of Homecoming 2014 providing a year-long programme of events alongside the Ryder Cup and Commonwealth Games. The Year of Homecoming Scotland will run until 31 December 2014 throughout the length and breadth of the country. Visitors from around the world are invited to join in a celebration of the nation’s food and drink, active pursuits, cultural heritage, nature and ancestral heritage. Homecoming Scotland 2014 is a Scottish Government initiative being led by EventScotland and VisitScotland, supported by numerous partners. To find out more visit www.homecomingscotland.com. 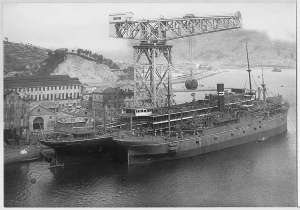