Testing completed in US, Syria

by Makenna Murray
Oakland, CA—Photogrammetry will be the foundation for the low cost 3D revolution. CyArk’s New Emergency Heritage Recording Kit, is freely available to everyone at cyark.org. Allowing a user to extrapolate 3D information from a series of 2D photographs, photogrammetry has become an indispensable part of CyArk’s Heritage documentation process and is an excellent and economical resource for preservation and archiving.

Every day, cultural and historical sites of local, national and global significance are damaged or even destroyed. Although technologies exist to capture a record of these sites before they are lost, unfortunately, many of these solutions remain beyond the reach of those who need them most due to cost or difficulty of acquiring specialized hardware in war-torn regions.

In order to address this deficiency and provide people around the world with a way to record physical heritage of any scale at low-cost and high-accuracy, CyArk and the National Center for Preservation Technology and Training (NCPTT) joined forces to develop a low cost photography-based recoding solution, which completed testing in July 2016.
The “Emergency Kit,” consisting of both equipment and training materials is designed to cost under $1,500 USD. Rather than providing pre-assembled kits to users, CyArk has opted for an indirect implementation approach whereby the kit inventory and process are made freely available. Allowing anyone to learn the process of Photogrammetry and assemble their own emergency kit.

In addition to testing the suite of technologies selected, a draft of all training materials was provided to members of the Center for the Management of Military Lands (CEMML), Colorado State University at Denver as well as members of UNESCO’s “Emergency Safeguarding of the Syrian Cultural Heritage Project.” The feedback has allowed CyArk to the Kit including the streamlining of hardware, and the creation of a diagrammatic “quick set up” guide for reference in the field.

Feedback has been extremely positive and users have expressed confidence in taking the kit into the field on their own projects. CEMML has indicated that it will be used in their work at “historic buildings, archaeological sites, cultural landscapes and traditional cultural properties… on US military lands,” while members of UNESCO have stated that their new skills will allow them to capture “effective results in the minimum of time.”

Through the NCPTT grant, a total of 4 kits were provided to testers and will be utilized in future projects. Photogrammetry is a major part of CyArk’s digital preservation process, where it is integrated with terrestrial laser scanning, UAV data and historic imagery and documentation.

About CyArk:
CyArk is an international nonprofit organization that uses 3D laser scanning, photogrammetry, and traditional survey techniques to create an online, 3D library of the world’s cultural heritage sites before they are lost to natural disasters, destroyed by human aggression, or ravaged by the passage of time. Spurred by the Taliban’s destruction of the 1600 year-old Bamiyan Buddhas in Afghanistan, CyArk was founded in 2003 to ensure that the world’s collective heritage is available to future generations, while also making it uniquely accessible today.

About the NCPTT:
The National Park Service’s National Center for Preservation Technology and Training strives to create new technologies and training opportunities to preserve prehistoric and historic resources throughout the United States. Since 1994, the center has awarded more than $9.2 million in grants to fund science and technology-based projects in historic preservation. 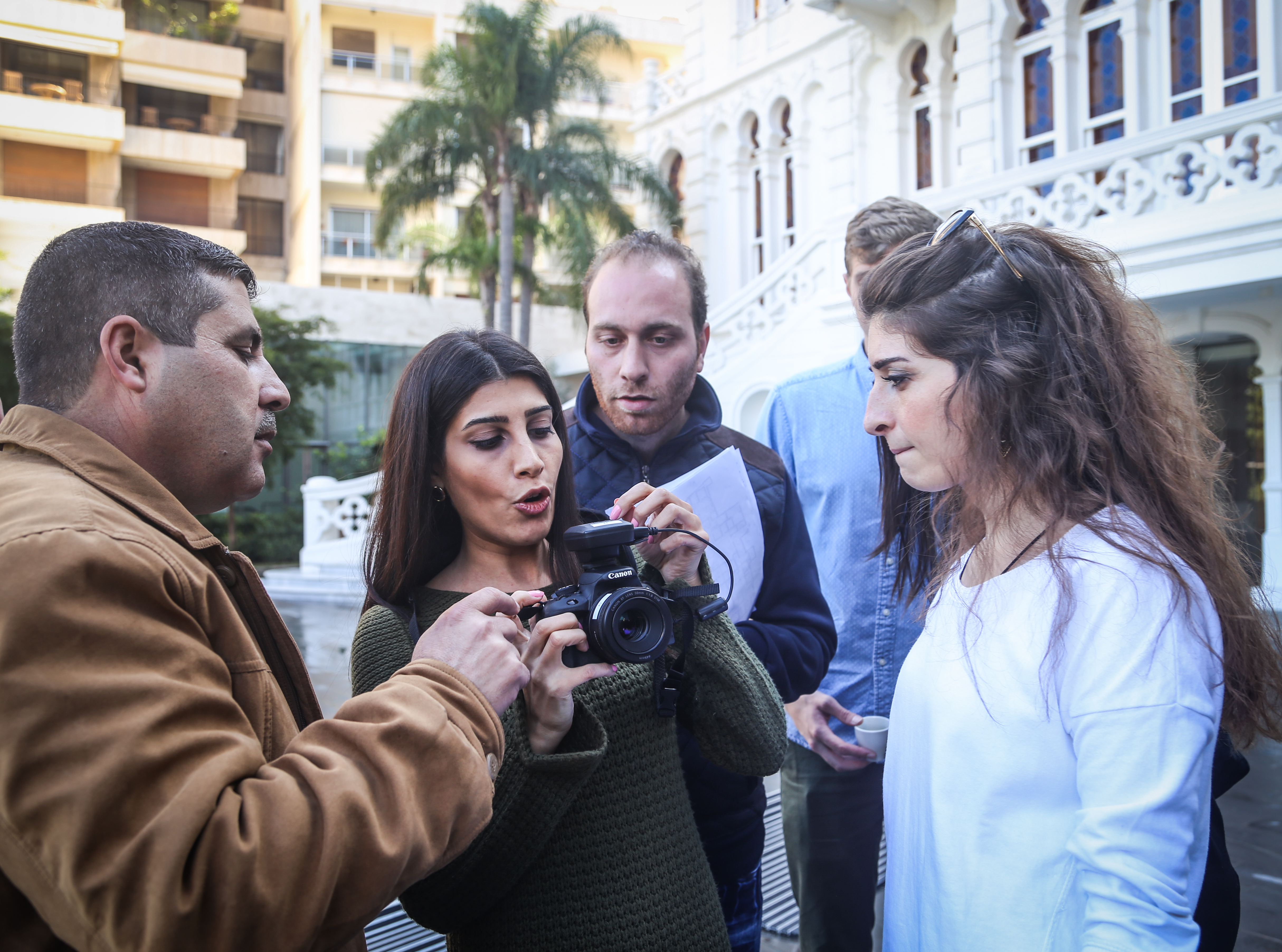 Syrian team testing out the kit 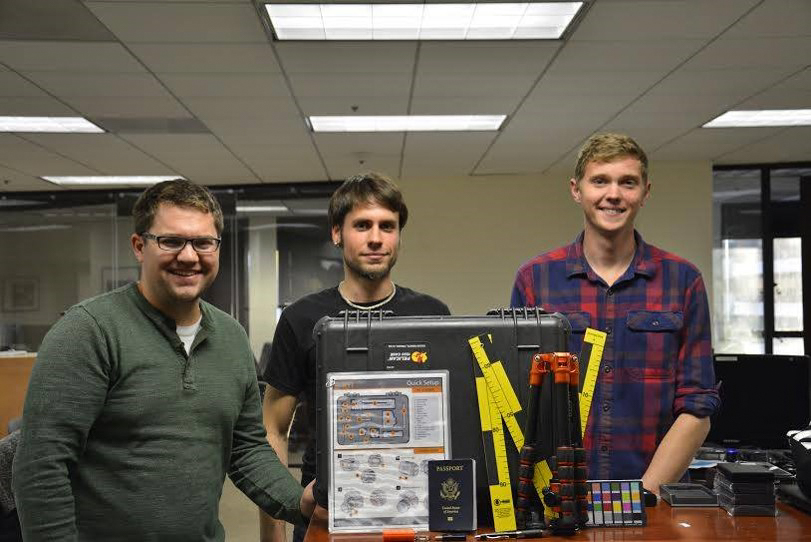 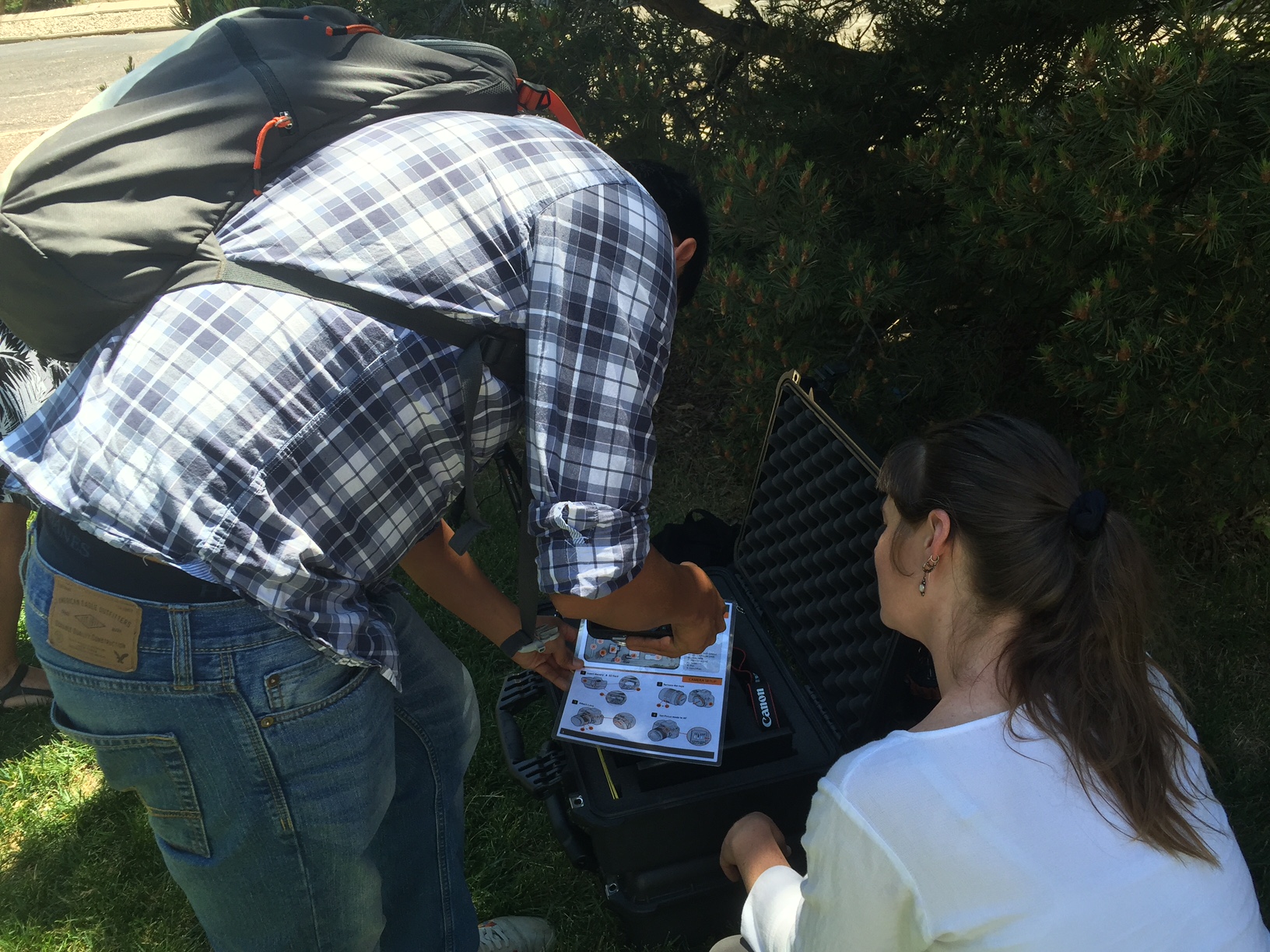 CEMML team testing out the kit