by Ross Davison
On June 9th, CyArk began a workshop with the Lahore University of Management Sciences (LUMS) to provide them with the basic skills for 3D heritage documentation. The project is funded by USAid and seeks to document six sites across western Pakistan.

Our first day together was spent reviewing the technology and learning the challenges of implementing it in the field. Though we had much to cover, the general concepts and intricacies of documentation planning were quickly absorbed. Over the next three days our group was split into teams of 15-20 students who were expected by the end of the day not only to be able run the scanner and understand the various settings but also plan out a route and record their metadata.

The site we would be documenting was the Mogul Era Majid Wazir Khan. The mosque was built alongside the Shahi Guzargah (Royal Route) leading to the Lahore Fort and Hammam (bath house) in the ancient walled city. Over the years, the city has grown up around the site and today sits eight feet higher than the mosque. In addition, the front of the mosque was originally designed to function as a marketplace and still maintains storefronts to this day.

While there are numerous structural and aesthetic issues, a large scale effort has arisen to refurbish the aging monument. With the implementation of the laser scanner we hope to aid in this process. Majid Wazir Khan itself provided some interesting challenges to work around. Situated in the center of bustling, historic Old Lahore, the mosque is surrounded on all sides by newer construction that dates from mogul to modern era. The roads are very narrow and frequented by motorcycles, trucks, and donkey-towed carts. All of this made capturing the exterior of Wazir Khan quite the feat, however the students were tenacious in keeping the work area relatively free of obstacles and occlusions. To compound this, the temperature would reach beyond 45 degrees Celsius by 9am and we needed to work around the current prayer schedule. Even with these difficult factors the students worked with great enthusiasm and quickly took control of the scanning and photography with perfect execution.

During the next week, the students learned the many facets of post processing. In six days the students registered, textured, and cleaned the raw point cloud data; created ortho-tiffs and turned them into architectural drawings; and finally modeled off of the point cloud and created accurate renderings of the site. Though this was an unfathomable amount of information to learn in a week, the students worked quickly and were able to make solid progress into understanding each workflow.

I would like to personally thank everyone involved for working tenaciously, staying enthusiastic during the entire process, and for warmly welcoming me to Pakistan. A special thanks goes out to Dr. Murtaza and his team for setting up the logistics of the project, and ensuring that everything went smoothly and safely. I am confident that we will see great things from these students, and I look forward to seeing the fruits of this collaboration. 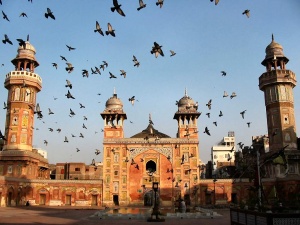 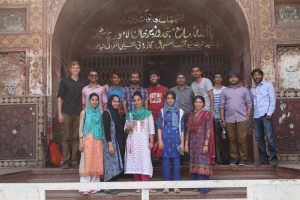 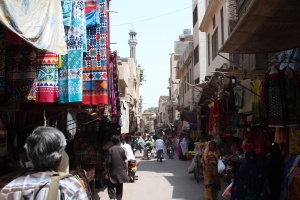