Preserving the Historic Cologne Cathedral--A Word from the Scanning Team

by Douglas Pritchard
‘Therefore this building without any doubt belongs on the list of those monuments which represent the milestones of cultural achievement of mankind.’

Upon entering the city of Cologne, the most obvious and striking feature that dominates the skyline are the two massive towers of the spectacular Cologne Cathedral. Described as an ‘exceptional work of human creative genius’, the Cathedral was granted UNESCO World Heritage status in 1996. The building is not only emotive to the citizens of the city and the German nation; it is considered one of the most significant architectural structures of European Christianity. Amazingly, the design of the 157 meter-high, twin tower structure dates back to 1248, eventually completed in 1880. From 1880 until 1890 it was the tallest building in the world.

Although the Cathedral is well-maintained and given it’s age, in remarkably good condition, the building has endured numerous challenges; from being converted into a prison by Napoleon’s troops, to the aerial bombardment during the Second World War. Contemporary issues include the impact of adjacent engineering works, regional seismic activity, air pollution, global warming and vandalism. The most obvious concern however, must be the significant pressure from the public; the Cathedral is an important pilgrimage and tourist site, with over 6 million visitors per year. In addition to the carbon emitted from the millions of votive candles lit throughout the year, visitors bring humidity, dirt, surface wear and occasional vandalism.

The 3D documentation of the Cathedral began as a multiphase project between Fresenius University of Applied Sciences Cologne and Heriot-Watt University Edinburgh. The project is supported by the Metropolitankapitel der Hohen Domkirche Köln Dombauhütte (Cologne Cathedral administration) and the City of Cologne. The project also received outstanding support from Zoller + Fröhlich (Z+F).

The second phase of the project began immediately after the October CyArk Summit in Berlin. The site work focused on the higher-level areas of the Cathedral, specifically along the interior triforium, the exterior parapets and the immense towers. Working in nearly perfect weather, an additional 435 high-res scans were added to the project. Similar to the CyArk-St. Michael’s Mount project, and with assistance from the Cathedral Scaffolding Team, a custom-designed extension system was used to position the laser scanner off the top of the two towers in both a righted and inverted position. The early morning climb to the top of the towers was exhilarating and the views were incredible. The rig scanning worked perfectly.

Given that the Cologne Cathedral has the largest facade of any church in the world, and one that is exceptionally ornate, it was a demanding site to survey. The challenge was to minimise the amount of occlusion (especially within the flying buttresses) and capture as much surface detail as possible. Over the two phases of the project, approximately 655 high-resolution scans were completed.

The scan data is currently being registered and processed at Heriot Watt University. Eventually the data will be used to develop highly detailed 2D and 3D BIM conservation documents as well as build a dimensionally accurate photorealistic 3D model for interpretation purposes. From a research perspective, the data will be used to analyse the structure of the Cathedral, comparing the older sections of the Cathedral with later construction. Significantly, the data will act as a benchmark to precisely monitor the level of stone erosion in the subsequent years.

The amount of scan data and imagery is of tremendous value for both current and future conservation work at the Cathedral. It is important that this data be securely protected and permanently stored through an offsite archival system such as that provided by CyArk.

The success of this project is due to the collaborative effort of all the partners. I would like to specifically recognise Chris Wickenden, who initiated the project on behalf of Fresenius University, and Dieter Claus who involved his media students in the development of a descriptive video. In addition, fantastic support from Jörg Sperner at the Cathedral, and most certainly Chris Held, Phillip Kresser and their team from Z+F.

A link to the first phase of the project (half in German, half in English) can be found here. 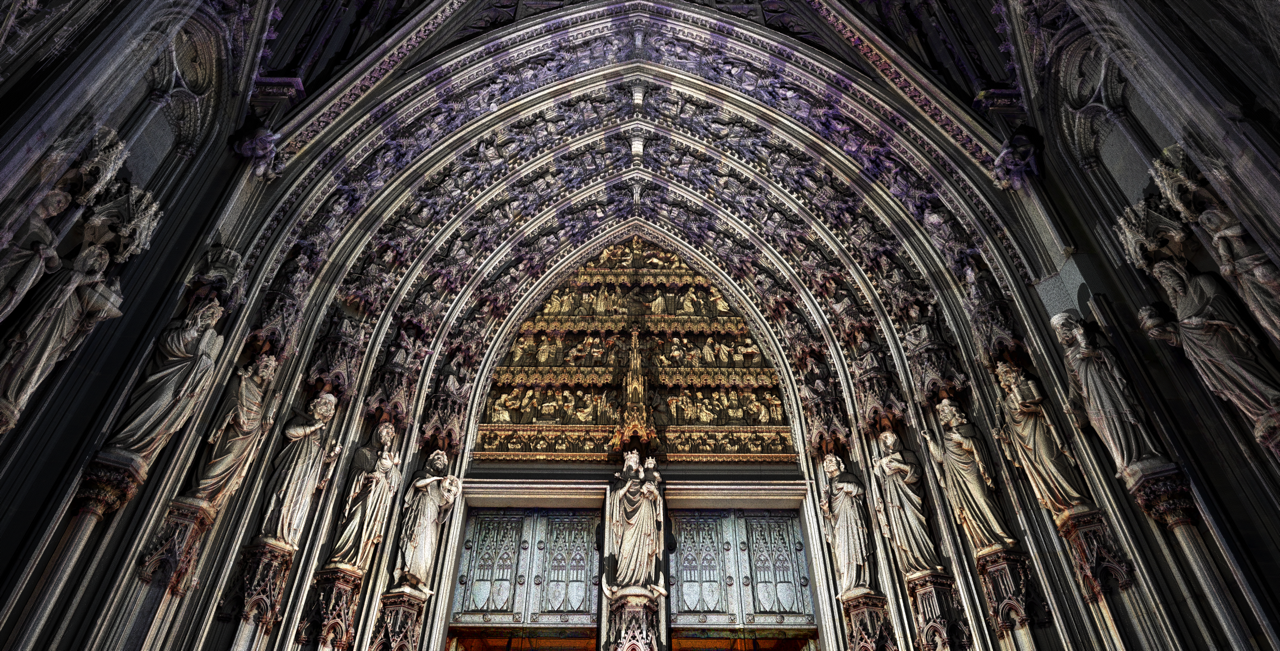 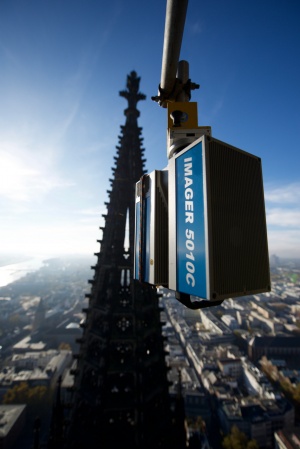