by Taline Ayanyan
On the occasion of the 100th anniversary of the most infamous maritime disaster of all time, CyArk is proud to announce the launch of the Titanic Database Project. The project is the result of Director James Cameron's generous donation of dive footage and countless hours of expert volunteers. The Database Project includes hours of never-before released dive footage donated by Cameron. Together with historic photos and 3D renderings, these video journeys provide an unprecedented insight into the ship’s wreckage, its deteriorating condition, and the mysteries it still holds.

Until its April 14, 1912 sinking, RMS Titanic was the biggest and most luxurious of the Olympic-class ocean liners built during the prosperous Edwardian era around the turn of the 20th century. The sinking claimed over 1500 lives and occurred following an 11:40pm collision with an iceberg. The remains of the ship were lost until explorer Robert Ballard rediscovered them in 1985. Soon after the rediscovery, Director James Cameron, who had loved the tragic story since his childhood, gathered a crew of experts to help him document the remains of the ship in preparation for his 1997 epic feature, Titanic. Two more major documentary efforts by Cameron were conducted in 2001 and 2005. Soon after, Michael Arbuthnot, Cameron’s project archaeologist and a supporter of CyArk’s digital preservation mission, approached the famed director about contributing the footage to CyArk’s digital archive to create the Titanic Database Project. Cameron generously agreed, donating many hours of dive footage from the 2001 and 2005 expeditions.

The project was made possible thanks to hundreds of volunteer hours contributed by Titanic experts and interested members of the public, who went through the hours of dive footage donated by James Cameron to extract and catalogue usable portions. Visitors can now browse through the resulting videos and wealth of other multimedia through the multimedia gallery or CyArk’s unique GIS interface, where each item is geo-located to its precise location relative to the ship and its individual decks.

CyArk is proud to host the Titanic Database Project and share with the public this rare and educational footage of the infamous ship's final remains. We thank all of the individuals who volunteered their time and expertise to make the database project a reality. 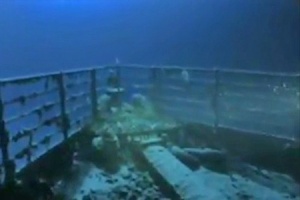 Dive footage of the iconic bow of the Titanic 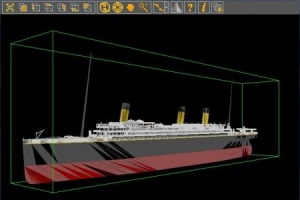 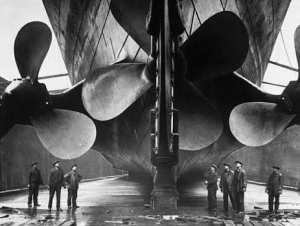