by Annabel Lee Enriquez
As a historic preservationist, I realize that large and gorgeously-designed buildings and monuments and archaeological ruins of bygone civilizations usually grab the public’s attention, and rightfully so. Those sites often highlight the zenith of human achievement, and set the collective imagination on fire. In contrast, cultural landscapes tell the incremental story of human progression—how regular people have taken the sum total of their knowledge and applied it to living in their natural surroundings. They are another way in which history comes alive through the built environment, and their importance is highlighted in UNESCO's latest round of World Heritage list designations.

At the close of the 35th session of UNESCO's World Heritage committee on June 29, 2011, twenty-five new sites were inscribed on the World Heritage List. Of these geographically and culturally diverse sites, five are cultural landscapes, which UNESCO officially defines as: "the 'combined works of nature and of man'...They are illustrative of the evolution of human society and settlement over time, under the influence of the physical constraints and/or opportunities presented by their natural environment and of successive social, economic and cultural forces, both external and internal."

Located in the Konso Highlands of Ethiopia, this cultural landscape demonstrates how the local community has been able to live in a dry hostile environment for more than 400 years (21 generations.) The 55 square kilometer site contains a spectacular collection of elaborate stone-walled terraces carved into the hill faces, with fortified settlements of conical-roofed structures. The culture has also produced distinctive anthropomorphic wooden statues, which represent community members and events, and stone steles signify the passing of various leaders.

Encompassing a large geographic area of six farming landscapes (including 18 urban areas) in the western part of Colombia, this cultural landscape frames the story of the coffee industry in Colombia. Sustainable and productive for more than 100 years, the farming tradition consists of using small plots and cultivation techniques adapted to the difficult mountain conditions of the western and central ranges of the Cordillera de los Andes. The urban areas are usually located above the coffee fields on the tops of the foothills and consist of distinct Antioquian architecture, with Spanish influences.

Highlighting the use of local hydrological engineering and planning practices, the community of Serra de Tramuntana is located on a sheer-sided mountain range (also called Serra de Tramuntana) in Mallorca. Despite having scarce resources, the people here have been able to make the area suitable for agriculture for more than 1000 years, through terraces and an integrated system of devices, including mills, for the management of water in the area.

The Causses and the Cévennes, Mediterranean Agro-pastoral Cultural Landscape
France

Another mountain landscape settled through the use of terraces, the Causses and the Cévennes are located on 302,319 hectares in the southern part of central France. The area is distinguished by the relationship between both the agricultural and pastoral systems with the deep valleys and steep mountains, which is best illustrated in the drailles or drove roads used in herding and the transhumance practice. Architecturally, much of the built environment has been shaped by the organization of large 11th century abbeys.

In addition to showcasing the interplay of human technology and the environment, cultural landscapes also highlight how the environment can be shaped to inspire art and the human spirit. This cultural landscape consists of the numerous temples, pagodas, pavilions, gardens, ornamental trees, causeways and artificial islands that have been built to enhance the West Lake area of Hangzhou, China. It has also influenced garden design throughout East Asia.


These cultural landscapes are valuable for representing the ongoing story of how different cultures have been able to survive and thrive, through both tradition and innovation, in the natural world. Their inclusion, and the inclusion of other cultural landscapes before them, on the World Heritage list and other historic preservation registries help to ensure that these stories will continue to be part of our collective memory. 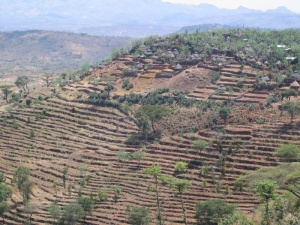 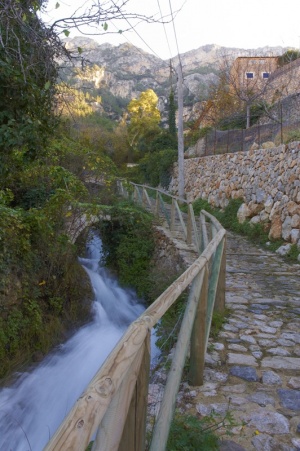 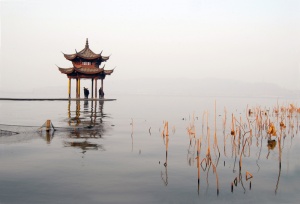