CyArk and the Scottish Ten Head to India

Rani Ki Vav translates to "The Queen's Stepwell." It is believed that it was commissioned in 1050AD by Udaymati, Queen consort to Bhimdev I of the Solanki Dynasty. The stepwell is famous for its ornate, sculpted walls, most of them depicting Vishnu in many forms. There are various other Hindu characters, guardians and deities sculpted into the almost 400 niches that occupy the walls.

Flooded and silted over for centuries, the stepwell was covered to the top, keeping the carvings inside in pristine condition. In 1960 it was rediscovered but it wasn't until the 1980s that excavation began. Now, 30 years later it is being digitally preserved as part of the Scottish Ten. Ran Ki Vav is truely one of the most magnificent sites in India and we're honored to be a part of the project.

He said: “It is my passion to digitally preserve these unique and inspiring icons of human history so that future generations may marvel at their wonder the way we do today.

“We are proud partners in the Scottish 10, which allows the story of our cultural pasts to be shared with all people and preserve the collective memory of humankind.”

The team in the field is mostly providing updates via twitter so be sure to follow @ScottishTen and @CyArk on for up-to-date photos and info from the site. 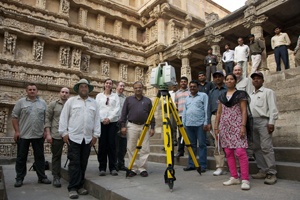 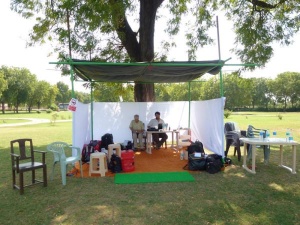