by Makenna Murray
St. John, U.S. Virgin Islands. April 13, 2015 – Set against the breath-taking backdrop of a rich natural landscape, Virgin Islands National Park possesses a lengthy and complex history of slavery, crosscultural migration, and agriculture. This April, the Park has partnered with CyArk, an international non-profit organization dedicated to the digital preservation of world history for future generations, to record in 3D the Annaberg Sugar Plantation and Guard House on the island of St. John. The project will use the latest technologies from Trimble, including 3D laser scanning, the Trimble® UX5 Unmanned Aircraft System (UAS), the Trimble V10 Imaging Rover, along with the latest GNSS survey system—the Trimble R10. This project is part of a larger collaboration between CyArk and Trimble to document, in 3D, heritage sites associated with the exploitative trans-Atlantic Slave Trade, a system responsible for the forced movement of 10-12 million people from western Africa to the Americas and critical to the growth of the world as we know it today.

The Annaberg Sugar Plantation was a Danish colonial-era processing facility, or “sugar works,” which facilitated the large-scale production of raw cane sugar into rum and molasses for export. Constructed between 1797 and 1805, at the peak of the great sugar boom in the New World, the 518-acre Annaberg Sugar Plantation quickly became one of St. John’s largest sugar producers, an economy that was dependent on slave labor to work the labor-intensive fields.

As part of CyArk’s trans-Atlantic Slave Trade theme, the Annaberg Sugar Plantation and Guard House will be documented in 3D using the latest Trimble technologies. Annaberg will be the second site to be documented as part of this Theme, following the 3D scanning of Natchez National Historical Park in September, 2014. Ultimately, this Theme will include 10-15 sites across western Africa and the Americas, a multifaceted project that builds on the pioneering work of University of Cape Town’s Professor Heinz Ruther and the Zamani Project to document the heritage of Africa, as well as the work of the Voyages Database and other scholars in the field. At Annaberg, the digital preservation efforts build upon and complement the work of researchers from the SAXO Institute and the Department of History at the University of Copenhagen currently working with the Virgin Islands National Park. The resulting data captured will contribute to their ongoing research, conservation, and interpretation of the site, and will also be eligible for nomination to the CyArk 500 Challenge, an international initiative to digitally preserve 500 at-risk cultural heritage sites over the course of five years.

“We are looking forward to an exciting month ahead, bringing together 3D digital preservationists, the Danish student historians, and the park archaeologists and interns into one project. Our goal is to discover and preserve an important chapter in the island’s past when so many people sought freedom from enslavement,” says Ken Wild, Virgin Islands National Park Archaeologist, on behalf of his colleagues at Cinnamon Bay Archaeology Museum and Lab.

“We are thrilled to partner with Virgin Islands National Park and Trimble to digitally preserve the Annaberg Sugar Plantation and associated structures as part of the trans-Atlantic Slave Trade theme. This site speaks powerfully to the sugar economy of the colonial Caribbean, and represents a vital piece in the longer history of the slave trade. We hope to see Annaberg join sites such as Pompeii and Chichén Itzá in the CyArk 500 Challenge,” says Elizabeth Lee, Vice President of CyArk.

Though the history and lasting impact of the trans-Atlantic Slave Trade cannot be conveyed in one site, the digital preservation of Annaberg aims to advance the site’s long-term conservation efforts while contributing to the ongoing research and conversation about the slave trade. Each site included in CyArk’s trans-Atlantic Slave Trade theme will be linked through an interactive map, placing each within the cultural context of a larger and global story.

"Trimble is proud to both sponsor and actively participate in the documentation efforts around such an important project. Delivering new, 21st century, interactive digital content to showcase the sites and structures associated with this part of our history, in partnership with the CyArk team, has been a very gratifying experience for us," says Bryn Fosburgh, Vice President of Trimble’s Construction Technology Divisions.

A digital record of sites associated with the trans-Atlantic Slave Trade helps to preserve our global heritage for long-term conservational efforts and provide open access to a global forum for further academic research and discussion. The digital preservation of the Annaberg Sugar Plantation and Guard House will become a vital part of this ongoing effort to expand our understanding of the slave trade and its role in shaping the world today.

About CyArk CyArk was founded in 2003 to ensure heritage sites are available to future generations, while making them uniquely accessible today. CyArk operates internationally as a 501(c)3 non-profit organization with the mission of using new technologies to create a free, 3D online library of the world's cultural heritage sites before they are lost to natural disasters, destroyed by human aggression or ravaged by the passage of time. http://www.cyark.org

About Trimble Trimble applies technology to make field and mobile workers in businesses and government significantly more productive. Solutions are focused on applications requiring position or location—including surveying, construction, agriculture, fleet and asset management, public safety and mapping. In addition to utilizing positioning technologies, such as GPS, lasers and optics, Trimble solutions may include software content specific to the needs of the user. Wireless technologies are utilized to deliver the solution to the user and to ensure a tight coupling of the field and the back office. Founded in 1978, Trimble is headquartered in Sunnyvale, Calif. http://www.trimble.com. 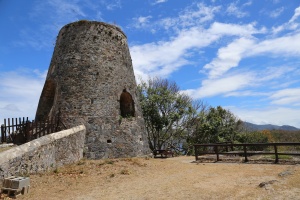 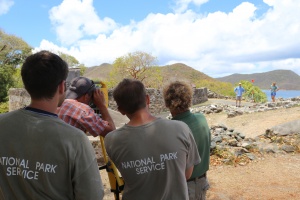