The Nominations Are In!

by Devon Haynes
Following the October launch of the CyArk 500 at the Tower of London, groups from all over the world have been nominating sites for inclusion in this unprecedented effort to digitally preserve world heritage. Cultures around the globe are witnessing the loss of their heritage to factors that range from natural disasters and human conflict to the simple passage of time or lack of effective site management. The CyArk 500 Challenge is an ambitious initiative to leverage cutting-edge 3D technologies to digitally preserve 500 heritage sites in five years.

The first round of site nominations closed on December 31, 2013 and now site submissions will be passed to the 500 Advisory Council for their review. CyArk received nominations encompassing nearly 200 sites in 28 countries. Sites include a monastery complex carved out of caves in Georgia, the modernist Oscar Niemeyer house in Brazil, ancient Buddhist site Borobudur in Indonesia, rock carvings in Iran, the Medieval Palace at Visegrád in Hungary, Kasbah “Taourirt” in Ouarzazate Morocco, the historic Kinderdijk windmill system of the Netherlands, Haveli in Pakistan’s Walled City of Lahore, rock paintings in Malawi, corbelled buildings in South Africa, remote cliff-dwellings in Turkey, Independence Hall in the United States, and Canterbury Cathedral in the UK – to name just a few!

Once the Advisory Council reviews the applications, select projects will continue onto the next round and will be asked to complete a full-fledged application, which includes detailed information on the significance of the site and scope of digital documentation necessary.

If you were hoping to nominate a site for consideration in the CyArk 500, never fear! Site submissions are considered by the Council on a quarterly basis. The next deadline will be March 31, and applications are accepted on a rolling basis so if you have a letter of interest prepared you may submit anytime between now and then.

The initial nomination process is quite simple:

1) Submit a 1-2 page letter of interest describing the proposed project as well as how it relates to the three criteria developed by the Advisory Council
• Risk: the nature and imminence of the threat posed to the site
• Relevance: the position the site hold to the cultural identity of its region or country, and to humanity in general
• Merit: the positive, far-reaching benefits of digitally preserving the site and transferring technology to the region

2) Submit at least one (1) JPEG image of the site you are submitting:
• Image must be 2550 pixels wide at 300 dpi
• Identify source of image for citation, or confirm that it is public domain/creative commons

Send all materials via email to 500submissions [at] cyark.org.

Thank you to all of the heritage site managers, ministries of culture, universities, technical service providers, and heritage agencies that nominated sites for the first round of 500 submissions. We have been inspired to see that digital preservation is meeting a real need for the world’s heritage, and we’re excited to continue growing our 3D archive of these incredible sites to share them with the public.

Please contact devon.haynes [at] cyark.org with any questions about the 500 Challenge or the submissions process. 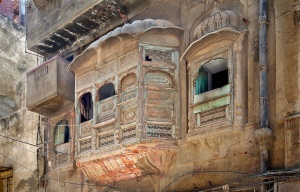