A guest blog by Mike Nulty, Technical Coordinator at the University of Colorado Denver's Center for Preservation Research

by Mike Nulty
As part of a continued partnership between CyArk and The University of Colorado Denver’s Center of Preservation Research (CoPR) in the College of Architecture and Planning, we have teamed up again to help document Japanese American Confinement Sites across the country. CoPR first became involved in this meaningful and wide-reaching effort in August of this year at The Topaz site near Delta, Utah. We continued that effort most recently this month to document the Tule Lake site near Newell, California. CoPR is very excited to be a part of this vital effort to document these important sites. Telling the story of these places is a critical piece in the history of World War II.

The CoPR team, including Julia Ausloos, Nadine Abell and I, flew out from Denver Colorado to Oregon, just North of the California border, on Sunday October 30th to meet up with Scott Lee of CyArk. After a day of travel, the CyArk and CoPR teams met that evening to coordinate a plan for the field capture. The next morning, we met with Dave Kruse (Superintendent) and Terry Harris (Chief of Visitor Services) both from the Lava Beds National Monument nearby. We spent the chilly morning with them walking the site to get a tour of the complex boundaries which now split the camp's land area between multiple public as well as private owners.

The first day of scanning being Halloween, we did not experience anything scary and as the morning fog burned off we were treated to a beautiful day of scanning. However, Josh Partee, the architectural photographer spent most of that evening in the dark abandoned prison. Josh is both a talented photographer and clearly unafraid of being in a dark prison, alone on Halloween night.

The following day, we continued our scanning to digitally preserve the prison, an Imhoff tank, several latrine foundations, as well as some of the original buildings once part of the motor pool. Although very little remains of the Tule Lake Relocation Center, this site offered a wide range of building types and uses that were very telling of how large and active this site was. The final day on site began at about 10 degrees Fahrenheit. As luck would have it, we had on our schedule to scan the Carpenter Shop which was being renovated by a National Park Service crew. We were able to take advantage of the crew's oil drum fire as a heat source while we let the C10 scanner do the heavy lifting. Later that day, Julia and Nadine flew back to Denver while Scott and I drove back down to the CyArk office in Oakland, California.

In addition to the important effort to digitally document Tule Lake, CoPR’s visit to California had another purpose. As the representative of CyArk's technology center at University of Denver, I spent two days in the CyArk offices receiving additional training on LiDAR collection and post processing techniques. Scott Lee at CyArk provided a varied training ranging from new software tools used to create beautiful models and animations, to additional registration and data management techniques. Other highlights during my time at CyArk were meeting founder Ben Kacyra and seeing a physical 3D print model of Mt. Rushmore made out of concrete – amazing!

It was a great week for CoPR and we look forward to a continued close partnership with CyArk!

As CoPR’s Technical Coordinator, Michael manages the Center’s state-of-the-art digital technology, including interactive website construction, SketchUp 3-D site maps, virtual tours, and other similar tools. His private sector work has involved historic and adaptive reuse projects, most recently LoDo’s historic Saddlery Building and Washington Park’s International School Lofts. Michael’s research interests lie in examining how the applications of digital technology can enhance our understanding, appreciation, and investigation of historic cultural landscapes.
Michael received the Henry Adams Medal for graduating first in his class with a Master of Architecture from the University of Colorado Denver in 2009. He also received the Design Build Certificate by helping to complete the Boulder Museum of Contemporary Art renovation. He holds a Bachelor of Environmental Design and a Bachelor of Arts degree in Political Science from the University of Colorado Boulder. 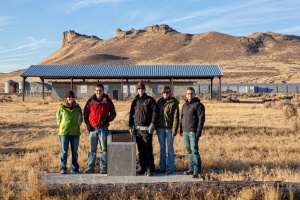 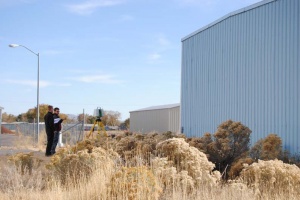 CyArk and the University of Colorado Denver's CoPR team coordinate the next scan location. 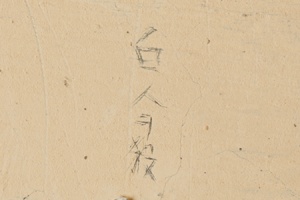 An important part of this documentation was to capture the pencil graffiti throughout the prison. (Photo: Josh Partee Photography)