Respect and Legacy: CyArk and the Topaz Museum

by Katia Chaterji
Weathering the dust and extreme aridity of Delta, Utah, many at Topaz War Relocation Center sought refuge in the distant Topaz Mountain, a feature that soon became an emblem of the vast isolation experienced by Japanese Americans detained during World War II. In the midst of an extreme violation of civil rights, wherein over 110,000 Japanese Americans living on the West Coast were forcibly removed to relocation centers across the US, Topaz stands unique in its contribution to the arts. Housing more professional artists than any other confinement site, including UC Berkeley professor Chiura Obata (see right), Topaz artists captured the sentiment of resilience behind barbed wire, sharing their work and talents through the Topaz Art School.

Last Saturday, Topaz “alums” and community members had the opportunity to view the artwork produced during WWII confinement, perhaps for the first time, at “Respect and Legacy,” a fundraiser held at the Buchanan Street YMCA in support of the Topaz Museum. The Topaz Museum Board is a nonprofit based in Delta, Utah, with the mission of utilizing education to raise awareness and respect memory to ensure that the stories of Topaz, and of Japanese exclusion, are not soon forgotten. Since 2011, CyArk has had the privilege to work closely with the Topaz Museum Board, made possible through a grant from the Japanese American Confinement Sites Program run by the National Park Service. In addition to Topaz War Relocation Center, CyArk is also digitally documenting and reconstructing the confinement sites of Manzanar and Tule Lake as part of our WWII Japanese American Confinement Sites theme.

In support of the Topaz Museum, CyArk will provide a virtual 3D reconstruction of what Topaz looked like during its occupation in the early 1940s, a tool that can be juxtaposed with a virtual tour of what the desolate site looks like today. CyArk has also developed three iPad applications to be installed at kiosk stations throughout the museum, allowing visitors to explore all artwork produced during confinement, as well as search a roster of names and residence locations for all 11,000 Japanese Americans held at the site. I had the personal pleasure of representing CyArk at “Respect and Legacy,” and received wonderful feedback on our iPad apps and overall excitement regarding our soon-to-be-released website.

To preview the results of our digital reconstruction process, watch a video of the reconstruction of Merritt Park, an internee-created park within the Manzanar War Relocation Center, one of the three sites included in our Japanese American Confinement Sites theme.

In addition to CyArk, West Office Exhibition Design was present to showcase the thoughtful organization of the Topaz Museum’s exhibits and galleries. Prominent speakers and supporting participants led discussions inspired by their family’s experiences, including: Kimi Kodani Hill, author of “Topaz Moon” and granddaughter of Chiura Obata; Satsuki Ina, on her family’s documentary “From a Silk Cocoon”; Karen Tei Yamashita, UC Santa Cruz professor and author of “I Hotel”; and Delphine Hirasuna, exhibit designer and author of “The Art of Gaman.” The MC for the event was NBC Traffic Anchor Mike Inouye, who stressed the importance of community in the national remembrance of the Japanese American experience.

CyArk is excited to use new and innovative technologies to tell the story of Japanese American confinement in a way never before possible, and looks forward to the opening of the Topaz Museum in 2014! 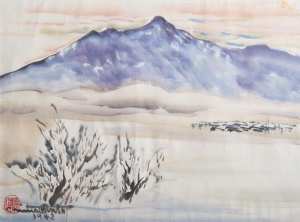 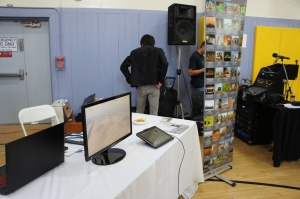 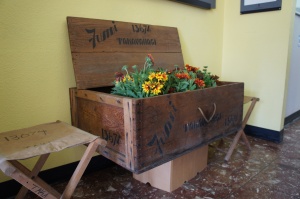